LOGIN
Katy (canine) developed Immune Mediated Hemolytic Anemia (a disease where the body rejects its own blood) after her annual vaccinations. This syndrome has been shown to be associated with annual vaccinations. After 6 weeks of care the total bill was over $3000. Katy was lucky to survive. Less than 50% of dogs with Immune Mediated Hemolytic Anemia survive.

Maria (feline) developed an injection site fibrosarcoma from her annual vaccinations. This is a terminal type of cancer. Even with surgery, chemotherapy and radiation therapy, the average survival time for cats with vaccination induced fibrosarcomas is less than 3 years. Because adjuvants in vaccines have been incriminated we have avoided adjuvanted vaccines whereever possible for over 12 years. - Dr Robert L Rogers CritterAdvocacy.org
Allergies, skin problems, behavior changes, autoimmune disease, seizures, injection-site cancers -- these are just a few of the well-documented adverse vaccine reactions in dogs and cats. Reactions aren't rare; they are just unrecognized and unreported. Risks are only acceptable when they greatly outweigh benefits yet, sadly, many vaccines are unnecessary. We humans don't get childhood shots throughout our lives -- why do our pets? Please learn the true cost of pet vaccination -- the heartbreak and the high cost of treating reactions -- before vaccinating again. Be informed before you consent. Learn more about vaccine reactions, and preventing them, at truth4pets.org. See more pet vaccination videos at k9author. - Jan Rasmusen

Three year old Mia Kraft was hospitalized with facial lacerations after being bitten by a normally docile family dog she'd played with since she was born. A day before the attack Tebow had received rabies vaccination, along with distemper and parvo boosters. The vet denies a link to the vaccines. Now they are going to euthanize the dog. This dog doesn't deserve to be euthanized. The dog deserves to be detoxed. We are often told from dog owners that take care of a rescue dog that in the cases where the dog doesn't like children, it's likely because the previous owner abused the dog. What about the vaccines that change these pets behavior? For too long the blame has been put on people abusing the dogs when in reality, it could very likely be the vaccines mandated for pets.

When Rick Taylor swung by the house Saturday during a break from work, his wife and their granddaughter were finishing up lunch in the kitchen. He scooped 3-year-old Mia Kraft out of her high chair so she could play with her best friend Tebow, a 5-year-old American bulldog. He had his back turned when he heard the vicious growl. By the time Taylor turned around, Tebow had his mouth latched onto his granddaughter's face.

"They are like best buddies," Taylor said. "I don't know what happened. There was so much blood everywhere, I ran out to the kitchen, and I could see part of Mia's face was gone."

Mia suffered gruesome injuries from the mauling and had surgery on Sunday in Columbia. She awoke from a medically induced coma on Wednesday but is still in the intensive care unit at the University of Missouri Women's and Children's Hospital recovering from injuries to her face and neck area. Mia's face will be deformed for at least a year, but Taylor said doctors are optimistic she can make a full recovery from the attack.

What Taylor cannot stop asking, however, is why his usually docile bulldog snapped on Saturday, one day after the dog was taken to a veterinary clinic for a rabies vaccination, along with distemper and parvo boosters.

Taylor said he and Mia take Tebow on a walk almost every night that they are together, and there have never been issues with aggressiveness by the dog. The family is now starting to turn its attention to how it might cover its medical expenses. Mia's mother does not have insurance. -Springfield News Leader 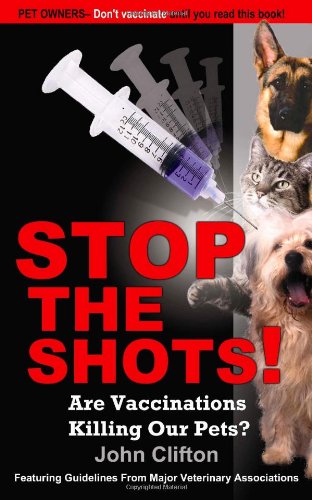